Squirrels, raccoons, and birds are drawn to chimneys because it acts as a perfect nursery. Before chimneys were invented they would look for tall, hollow trees. These would provide a safe place for their young seeing that it would be very difficult for predators to reach them.  But the chimney is a dangerous place for these animals, as well as the humans living in the home.

Pests in your chimney can cause huge problems. Not only do they bring in mites, ticks, fleas, and other parasites, but they can actually cause a blockage in your chimney that will result in the dangerous products of combustion being unable to vent through the chimney. Only raccoons, chimney swifts, and bats are capable of getting out of the chimney again once they’ve gotten themselves in. Most birds, squirrels, and other animals will die in the chimney. Animal bodies and nesting materials can block off the flue which creates a dangerous situation in which carbon monoxide and other lethal gases are unable to exit the home in a safe manner.

Removing chimney pests can be quite expensive. The service may cost anywhere from $ 100 - $ 300 dollars depending on the type of chimney, location of animal, and difficulty of removal!

Chimney Swifts and Your Chimney 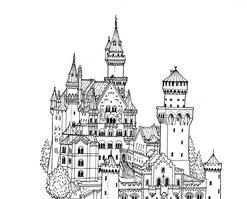 ​Hearing Birds In Your Chimney?

By Jim Bostaph; NCSG Secretary
Each spring the swallows return to San Juan Capistrano. Their cousins, the chimney swifts, return to eastern U.S. They are migratory birds, wintering in the upper Amazon River basin of Peru. Nicknamed the "flying cigar", this cousin of the barn swallow is often mistaken for a bat due to its twisting, flickering flight patterns. They resemble the barn swallow with their narrow body and wide back-swept wingspan of approximately 12", however, unlike the barn swallow, their tails are short and stubby.

This beneficial bird will consume nearly its own weight in mosquitoes and other flying insects each day. They are the only bird found in North America that can perform a true vertical take-off; so they prefer to nest in vacant buildings, tall hollow trees, or especially in chimneys. They build a half cup shaped nest from small twigs and saliva. The nest is usually found two to three feet above the fireplace damper at the top of the smoke chamber where the flue liner begins.

The female lays three to five white eggs that begin to hatch in just under three weeks. Within a few days the chicks begin to cry each time the mother returns with food. This cry sounds like a cross between a hiss and rattle. People have reported hearing rattlesnakes in their chimneys when it was merely the welcoming cry of hungry chicks greeting their parents. The chicks are fledged out and flying from the nest after about thirty days. They begin with the noisy flights around the nest site with their parents, but soon strike out on their own, looking for new roosts.

When homeowners call a knowledgeable sweep asking for a bird removal, they are told about the Migratory Bird Treaty of 1918. The treaty states in part: "It shall be unlawful at any time, by any or in any manner, to pursue, hunt, take, capture, kill, attempt to take, capture, or kill ... any migratory bird, any part, nest, or eggs of any such birds." Furthermore, "Any employee of the Department of the Interior authorized by the Secretary of the Interior to enforce the provisions of the sections 703 to 711 of this title shall have power, without warrant to arrest any person committing a violation of said sections in his presence of view and take such person immediately for examination or trial before an officer or court competent jurisdiction." The controversy over geese that were killed at Langley Air Force Base in 2001 was the direct result of the treaty. A call to Inland Fish and Wildlife revealed that disturbing the birds was a misdemeanor punishable by a $5,000 fine and 1-year imprisonment. If there were eggs in the nest, the infraction was considered a felony punishable by 2-years imprisonment and a $10,000 fine. If the birds were disturbed by a professional chimney sweep, in addition to all other punishments, the sweep's vehicle and equipment could be impounded.

Do chimney swifts pose a hazard? According to Dave Johnston, former National Chimney Sweep Guild Technical Committee Chairman, "On general principals we don't want combustible materials in the chimney. The birds and nests are not, by themselves, likely to cause a fire; but a more probable hazardous result might be the partial blockage of the flue, which could reduce the flow capacity of the chimney so that it does not completely exhaust flue gases. Particularly in the case of a furnace, that could lead to an undetected or unknown health hazard." There is also a fungus that grows in the droppings called histoplasmosis. 1bis fungus attacks the lungs and can be damaging and even potentially fatal.

If you think you have chimney swifts, the best idea is to call a professional chimney sweep. The sweep can "swiftly" determine if the birds in your chimney are common starlings of the federally protected chimney swifts. The swifts tend to leave at the first sign of cold weather, usually in September. Once the birds have migrated from the area, the chimney can be swept and permanent birds guard or chimney cap can be installed to prevent return. In the meantime, keep the damper closed and enjoy watching the aerial antics of these special birds.